Giving Something a Try 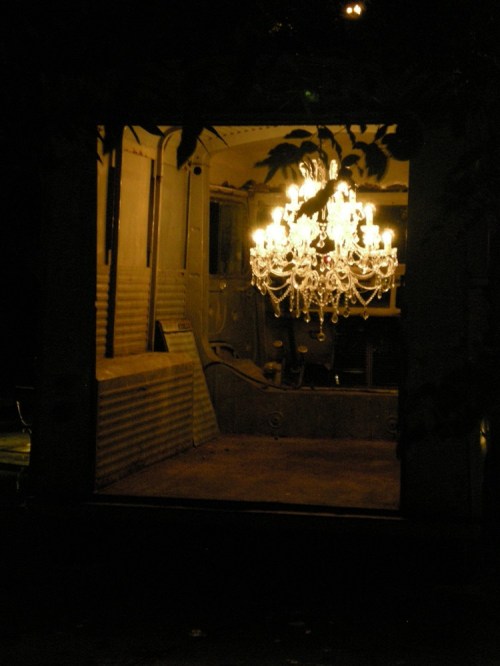 I’ve seen others use Posterous to post blogs, media (such as photos), and other information. I did not ever create an account before, though, as I felt I had too many already! But with the capability to cross-post to multiple places like Twitter, and Facebook, and so on at the click of one button, I am seeing the usefulness of having a place to do just that, and Posterous is it (thank you, Mr. Ashton Kutcher for the suggestion — yes, I am connected to him on FB and Twitter, too, haha! And Mrs. Kutcher, too). END_OF_DOCUMENT_TOKEN_TO_BE_REPLACED

Guest posting for Misadventures with Andi – A Passion for Paris

I was invited by Andi of the wonderful blog Misadventures with Andi to post about my passion for Paris. What’s below is the full version of my story about how and why I wound up in Paris.

by An Alien Parisienne aka Paris Karin

Expatriates in Paris seem to wind up living in Paris for three reasons: for work, for love of the city, or for a loved one. Of all the blogs and books I’ve read about how and why people have come to live in Paris, it is invariably one of these three.

I’m not here for work, and I do not have a natural affinity or passion for Paris: I arrived in Paris because the man I love, an American in his mid-forties, has lived here for twenty years. Paul landed here because of a cute little French Girl (is there any other kind?) who captivated his fancy at that time. A marriage, two kids, and a divorce later, he’s still working at the business English training center where he began teaching eighteen years ago. Paul’s life is well-rooted in the City of Light.

I, on the other hand, am from Colorful Colorado, the Mile High City of Denver.

Paul and I first met in the mid-1980s when I was in high school, 17-going-on-18 and he was a 22-year-old about to graduate from Michigan State with a degree in Creative Writing. Paul is the oldest friend (in terms of length of time) of my best friend, Janet, who has also lived in France on the Côte d’Azur for the past twelve years. Paul was on a spring break skiing trip to Colorado, where Janet and I lived and went to high school together. During that trip, Paul fell in love with Tanja, Janet’s and my mutual friend. Paul and Tanja were passionately in love for about nine months. My first understanding of Paul was through the glowing expressions of youthful love from my friend. After that relationship cooled and ended, several months later Janet herself entered into a long-distance romance with Paul. They had known each other since she was four and he was nine, and it seemed to be a natural step in the evolution of their friendship to see if there was more than just being friends. After twelve months or so, it was apparent that romance was not in the cards for them, but their friendship survived.

The last I had heard about Paul for many years was in the spring of 1990. Paul and Janet had mended fences, fixing the sections being in a romance had damaged, and she informed me in our Twentieth Century American Literature course at Colorado State, while we were reading The Sun Also Rises no less, that Paul was leaving the job he’d been working at for the past couple of years, was selling everything he had, and was planning to go to Pamplona, Spain for the annual running of the bulls. He wanted to actually run with the bulls.

Run with the bulls Paul did, and upon meeting French Girl during his subsequent European adventures, he settled with her in Paris.

I did not know about any of these things until sixteen years later, however.

Enter the day and age of “blogging.” I’d first heard of blogs and blogging in about 2003, and had even made some early attempts at reading and writing them as far back as that, when blogging was in its nascency. It wasn’t until the birth of my second son when Janet, in an attempt to renew contact with one another’s lives, invited me to join the blogging community at the now-defunct Yahoo! 360°.

One of her contacts and blog readers, and, in fact, the person who had invited her to join the blog community, was Paul.

All three of us writers at heart soon became passionate about posting blogs and keeping up with the details of one another’s lives. We also connected with many others who became not only good online buddies, but fast real-life friends as well.

The intensity of involvement on this written level for over a year became fairly consuming to the point of revealing the fault lines in my second marriage. It was at this point when Paul and I went our separate written ways: it was too much pressure for the both of us with the distance involved, with my being married and having two kids, with the added complication of not really knowing if the passionate feelings gestating within both of us would really lead to a viable life outside of the virtual world. It was too soon for any serious decisions to be made and the wrong time for them to happen. The relationship aborted.

One rocky year later, Paul and I resumed our correspondence. My marriage also took an irreparable turn into separation and divorce proceedings. Our relationship once again became pregnant with possibilities. There were moments in the following six months when the tumult in my life caused the relationship to falter, and it was at risk of miscarrying, but this time, things carried on. In the spring of 2008, I visited Paul in Paris and we cemented our feelings for one another.

I decided to visit Paul again in the summer, after my duties as a high school English teacher were completed at the end of May, 2008. The initial summer weeks we spent together were a blur. I was exhausted from the prior year and feeling a bit upside-down with life. I had left things somewhat open-ended with our end-of-summer plans, but I also with a hopeful heart gone ahead and wrapped up my life in Colorado, selling or giving away almost everything I had and settling my affairs to the best of my ability.

After spending June and July in Paris, Paul invited me to stay at his family’s summer home in Ontario, Canada for the month of August. We had talked about how, if Paris life disagreed with me and if leaving family and friends in Colorado proved to be too difficult, I had the option to return to the U.S. after the end of the month in Canada.

The end of August arrived and I chose to return to Paris with Paul. Almost two years later, I am still in Paris.

While some people take to Paris like a duck in water, I often feel like a squirrel trying to swim. I’m here for love, but not love of the city. I imagine my relationship with Paris as what an arranged marriage must be like. I’m currently reading Antonia Fraser’s biography of Marie Antoinette. While reading, I’ve noted that my relationship to Paris has parallels to Marie Antoinette’s marriage to the Dauphin: it took them some seven years to get the passion going in their marriage bed. I’m trying to find passion for Paris by doing what I can to interact with the city and find that near-orgasmic pleasure about which the bloggers I call “The Paris Cheerleaders” write – the fans of Paris who cannot have enough of her, praise her charms and benefits, and share with the world what a grand place she can be.

I’m getting there. We’ve had a few moments which feel like getting to at least third base with her, such as the time I tried a Ladurée licorice macaron, or the time I broke down a year ago and finally visited the Eiffel Tower (which I had deemed as being “too cliché” before actually seeing it in all its tremendous wonder). Paris and I are figuring it out.

When approached by Andi to write this post about having a passion for Paris, I had a completely different piece in mind. I was making mental notes to write about how my love for Paris is growing not at the Louvre, or the Champs Elysées, or the cafés in Saint-Germain, but in the mostly unknown places that have grown near and dear to me in the 19th arrondissement, where I live.

The 19th arrondissement – view from the Parc des Buttes Chaumont

I realized, though, that my entire blog, An Alien Parisienne, is geared toward coming to terms with how I have come to be in Paris and how to find a passion for Paris. My blog exists as an attempt to bloom where I am planted and learn to love where I live. I invite you to visit there [ummmm, here — this part was in the guest post, lol] for more of the continuing love story that is me, Paul, and Paris.

Spring arrives in Paris at the Jardin du Palais Royal

Hello all. I hope that your week so far is going well. Mine is doing all right. Some things have been wonderful this past week; other things have been very, very difficult. You know. Life is usually that way: a bit of extremes at both ends that somehow blends into something middling. That was my week.  We had a fairly uneventful weekend this past one. One thing I accomplished was giving the girl child’s room a good cleaning. We went through old things, dusted and vacuumed, tossed, and reorganized.

Girl child is going to be 13 at the end of the month, and her grandma, my future MIL, is coming here (arrival is Friday the 23rd) to help her celebrate. Grandma came out for the boy child’s 13th birthday a couple of years ago as he was being Bar Mitzvahed and so she is doing the same for girl child’s special day of saying good-bye to childhood and hello to the teens (no official Bat Mitzvah here, though. They aren’t the thing in France the way they are becoming in the States).

I want things to be clean for the fMIL. A woman of good midwestern stock of Anglo-Saxon descent, she makes me want to clean, you know? Some of you know what I am talking about. There’s never anything said outright, but there is this kind of standard that you know you are living up to  just by the subtle things she says and does. Or maybe it’s all in my head… I don’t know. There is this thing with being a ([an] almost) daughter-in-law, however, that some of you will know: there is the kind of mom (every mom?) where you know as the woman in her son’s life you are being watched closely. On the surface of things she may totally have a “live and let live” attitude, but you know that somehow inside of her there are judgments being made as to your suitability for her precious boy. It’s never overt. Confrontation is completely out of the question (it’s a midwestern ideal of folks of a certain generation to avoid that elephant in the living room, right?). But you sense and know as one female animal to another that the pecking order is being established, and we all know that cleanliness is next to godliness, even if we are pretending that laissez-faire housekeeping is okay. So you clean. END_OF_DOCUMENT_TOKEN_TO_BE_REPLACED