Posts Tagged With: saving a marriage

Special Report – Project: Happily Ever After 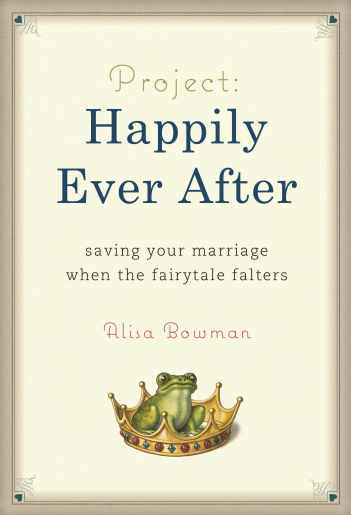 All images in this post courtesy of the Project: Happily Ever After media kit

Back in December of 2010, author Alisa Bowman contacted me via blogger Andi of Misadventures With Andi asking if I would read her soon-to-be-released self-help book, Project: Happily Ever After After — Saving Your Marriage When the Fairytale Falters.

She’d asked if I’d be willing to post a review along with several other bloggers to coincide with the “media blitz” for the book’s official release in mid-January of 2011. I wrote that I would love to! However, I’ve been sitting on this post for more than two months now because life intervened and put some boiling-hot pots on the front burner, and handling those pots took priority over all else in my life. Then recovery from handling those events in my life took priority, and I stalled on writing the review (except for the preview of the review I posted earlier).

Two months later, I am back here to give my thoughts on the book. Better late than never? I hope so. Most of all, my primary motivation  for writing the review instead of just dropping it is my healthy sense of respect for writers and a healthy sense of respect for self — that I will do what I say I will. Writing the review is a psychological hurdle I want to tackle before I will feel the freedom to post anything else on this blog.

So here you go: my Special Report on Alisa Bowman’s Project: Happily Ever After.